There are thousands of cases of Canine Cushing’s Disease in the U.S. each year, but the current medical treatment is medication given daily or several times per week that treats the symptoms.

Surgery for pituitary macroadenomas in dogs and cats has been pioneered by Björn P. Meij, DVM, PhD, Dipl ECVS of the University of Utrecht in the Netherlands. His transphenoidal hypophysectomy was first refined in the early 1990s and has proven to be an excellent treatment for the tumors that cause hyperadrenocorticism (Canine Cushing’s disease). In human medicine, pituitary surgery (hypophysectomy) is the treatment of choice for functional pituitary tumors.

Despite Meij’s pioneering work and the proven success of the technique over other treatments such as radiation and chemotherapy, the surgery has failed to be widely adopted as a viable treatment option. The technique is technically challenging and has a very steep learning curve so Dr. McDonnell went to the Netherlands in the spring of 2010 to study with Dr. Meij; and he also arranged a special seminar with Dr. Meij at the University of Pennsylvania College of Veterinary Medicine.

It’s exciting to be able to offer this surgery, as we finally have a treatment option that corrects the disease. 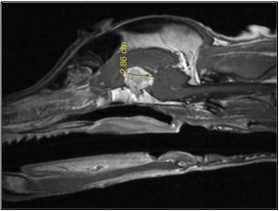 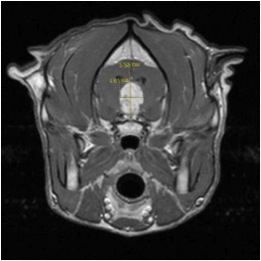