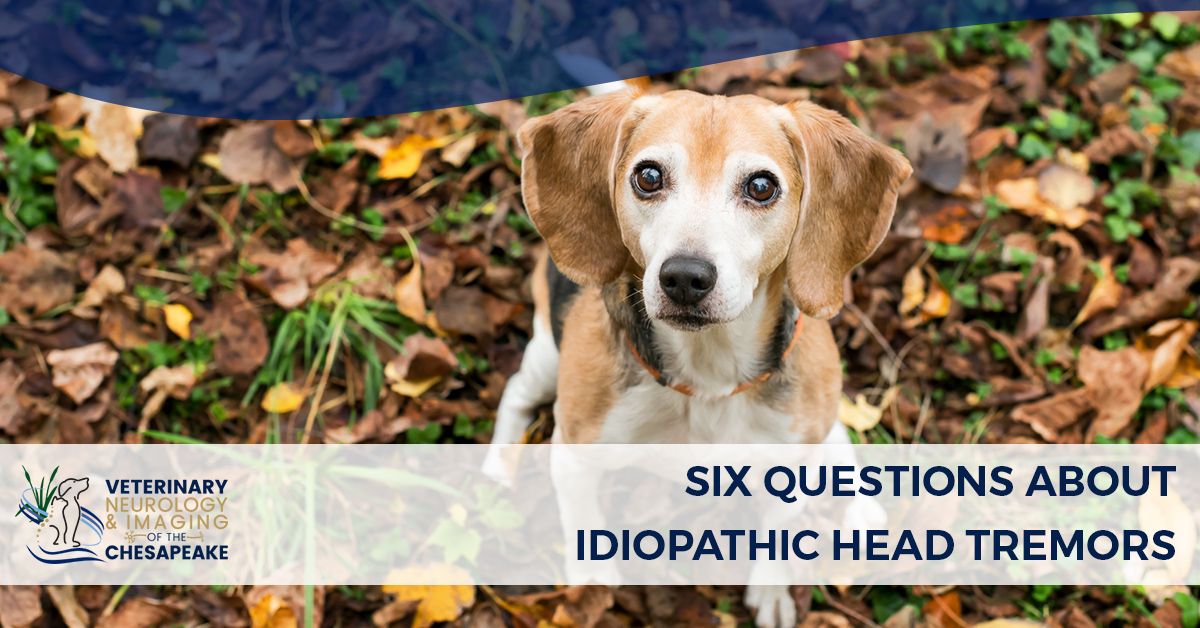 1. What are idiopathic head tremors?

Idiopathic head tremors are a series of repetitive, horizontally (“no” gesture) or vertically-directed (“yes”), involuntary muscle contractions involving the head and neck. A typical episode lasts about three minutes (yet may seem to last much longer as you are watching it!).

Dogs remain fully conscious and aware during the episode, and when the episode ends, your dog should be completely unaffected. The tremors are benign – meaning the dog is not caused any pain or distress, and there are no short or long-term effects.

We don’t know, hence the term “idiopathic.” The exact cause of head tremors has yet to be determined. However, the most likely cause is dyskinesia (a movement disorder) that originates in the basal ganglia – the area of the brain involved in patterned motor activity. Another theory is that affected dogs have an abnormality involving the stretch mechanism and the proprioceptive pathway of the head – i.e., the trigeminal nerve. This theory suggests that when the dog’s attention is diverted during an episode, the head tremors temporarily stop because the neck muscles contract, thereby releasing the stretch mechanism that first provoked the tremors. In both instances, there is likely a genetic basis since it occurs most commonly in certain breeds of dogs.

4. How are they diagnosed?

5. What should I do when my dog is having an “episode?”

Press play to view the video of Yukon, an Old English Bulldog that presented with episodes of “head bobbing.” He is rapidly shaking his head in a “yes” motion. It started all of a sudden and would occur for about 4 or 5 minutes at a time. He had 4 previous episodes the day this video was taken. Head bobbing is also referred to as idiopathic head tremors. The head bobbing started all of a sudden and would persist even while responding to the owner.