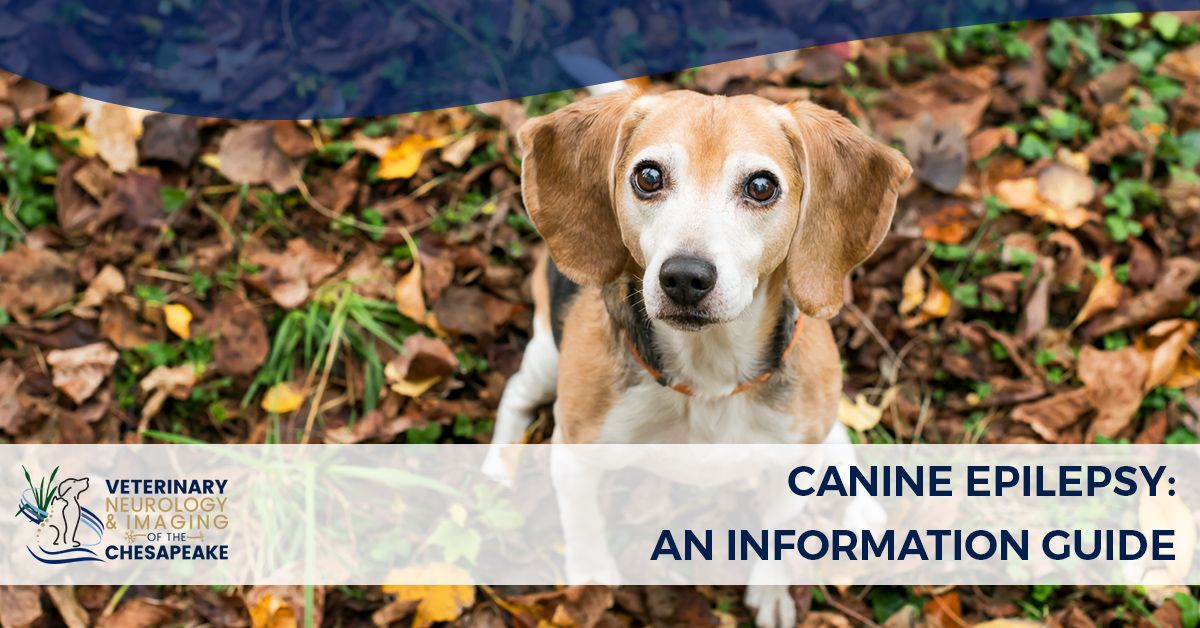 Epilepsy, convulsions, fits, and seizures are alarming and disturbing events to both dogs and their owners. A seizure can have several manifestations, from a far-away look or twitching in one part of the face to a dog falling on its side barking, clenching and unclenching its teeth, urinating, defecating and paddling all four limbs.

Seizures can vary in time between seconds to hours. They indicate a disturbance of the brain. There are many causes of seizures in dogs. A diagnosis of seizure disorder does not mean that nothing can be done for a dog. There are many treatment options, depending on the cause of the seizures.

Epilepsy is found in all dog breeds including mixed breeds. The breeds for which a genetic factor is either proved or highly suspected include the Beagle, Belgian Tervuren, Dachshund, German Shepherd Dog, Alsatian and Keeshond. A high incidence of seizure disorders is also found in Boxers, Cocker Spaniels, Collies, Golden Retrievers, Irish Setters, Labrador Retrievers, Miniature Schnauzers, Poodles, Saint Bernards, Siberian Huskies, and Wire‑Haired Terriers. The prevalence of epilepsy in the general dog population has been estimated from 2% to 5%.

What to do if your dog has a seizure

First, do not panic. When a dog is having a seizure, he is unconscious and is not “suffering.” Keep your dog as quiet as possible and prevent him from hurting himself. Loud or sharp noises may prolong the seizure or make it worse. Other animals in the household may be frightened or threatened by the seizuring dog. Remove them from the immediate area if this is a concern.

If you speak to your dog while he is experiencing a seizure, it may comfort him and may smooth the recovery period. Never put your hands near the dog’s mouth as he may involuntarily bite you. Remember: Your dog is unconscious and may do things he would not normally do.

Always have your veterinarian or emergency veterinary center phone numbers available. Call if your dog has a seizure that lasts more than five minutes. If the seizure lasts more than thirty minutes, permanent brain damage may occur if the seizures are not stopped. Treatment at a veterinary clinic may include intravenous administration of anti-convulsants and anti-inflammatories.

Primary epilepsy is also known as idiopathic, genetic, inherited or true epilepsy. There are no positive diagnostic findings that will substantiate the diagnosis; it is a case of ruling out every other possibility. The first seizure in a dog with primary epilepsy usually occurs between the ages of 6 months and 5 years. However, a diagnosis of primary epilepsy is not proof of a genetic defect; only careful breeding studies could prove that. The breed, age and the history may suggest a genetic basis for primary epilepsy if there is a familial history of seizures.

Secondary epilepsy refers to seizures for which a cause can be determined, and there are many. In dogs less than one year of age, the most commonly-found causes of seizures can be broken down into the following categories (examples of specific diseases are listed in parentheses):

In dogs 1‑3 years of age, a genetic factor is most highly suspected. In dogs 5 years and older, seizures are commonly found in the metabolic (hypoglycemia, cardiovascular arrhythmia, hypocalcemia, cirrhosis) and neoplastic (brain tumor) classes.

Types of Seizures and Terminology

The types of seizures most commonly reported are listed below. If you believe your dog is having a seizure, it is important to note all the details so that you may accurately describe it to your veterinarian. Types of seizures include:

Veterinarians have a number of diagnostic tools at their disposal and may follow these general guidelines if you think your dog has had a seizure.

For dogs that have had only one isolated seizure, complete physical and neurological examinations are in order. Owners will be advised to watch for further seizures if no abnormalities are found. Medical treatment may not be instituted until future activity can be noted.

Owners are also asked to give a complete description of the seizures: frequency, duration and severity, as well as any behavioral abnormalities associated with them. An accurate description is important because there are other conditions with symptoms that mimic seizures, such as cardiac and/or pulmonary disease, narcolepsy, cataplexy, myasthenia gravis and metabolic disturbances.

For every patient having more than one seizure, a minimum database may be developed. The database contains the patient’s age, sex breed, history, results of complete physical and neurological examinations, and basic tests. Pertinent history includes vaccinations, potential exposure to toxins, diet, any illnesses or injuries, behavioral changes, and whether seizures occurred in any animal related to the dog.

Basic laboratory tests may include CBC, urinalysis, serum chemistry analysis, fasting blood glucose level, serum lead level and others, if indicated. When the results of the examinations and tests have been analyzed, one of three conclusions will be drawn: a definitive diagnosis, a potential cause of seizures requiring further tests to confirm, or no suggestion of a cause.

When further tests are required, the next step may include magnetic resonance imaging (MRI); cerebrospinal fluid analysis (cell count, protein levels), serum titers for infectious diseases and electro-diagnostic tests. Always work with your veterinarian in deciding when and if further tests are needed.

Medical treatment is generally advised for animals that have one or more seizures per six weeks. Animals who have cluster seizures or go into status epilepticus may be treated even though the rate of incidence is less than once every six weeks. Successful drug therapy depends upon the owner’s dedication to delivering the drug exactly as prescribed, with absolutely NO changes in the dose or type of medication without veterinary consultation. Haphazard drug administration or abrupt changes in medication is worse than no treatment at all, and may cause status epilepticus.

Remember that the goal of treatment is to decrease the frequency and severity of seizures and avoid unacceptable side effects. It usually is not possible to stop the seizures altogether. A number of drugs and some alternative therapies may be used to control epilepsy. Phenobarbital and potassium bromide are the most widely used anti-convulsant drugs, but others have their place in treatment, as well.

Phenobarbital is one of the most commonly prescribed drugs for the management of canine epilepsy. It is effective in approximately 75-85% of epileptic dogs. As a side effect, dogs may eat or drink more than their usual amounts. Liver function impairment is a possible side effect. To avoid withdrawal symptoms and rebound seizures, dosages should be gradually reduced in small steps over a prolonged period. Phenobarbital comes in 15, 30, 60 and 100 mg tablets. Phenobarbital tablets are often referred to in their grain (gr.) sizes, as well. For reference, 1 grain equals 60 mg. The common starting dose is 1 mg per pound twice a day.

Potassium bromide (KBr or bromide) is gaining new recognition for use in refractory (difficult to control) canine epilepsy as well as a first-line drug therapy. The efficacy of bromide as a sole anticonvulsant appears to be similar to phenobarbital. Common side-effects of potassium bromide include sedation, in-coordination, increased appetite, drinking and urinating. Bromide was used to treat human epileptics as early as 1857. It is the anticonvulsant of choice for dogs with liver disease. Combining bromide and phenobarbital may be useful for patients who do not respond well to either drug alone. Some compounding pharmacies will formulate bromide in capsules or suspension. Bromide has been shown to improve many dogs with epilepsy as an adjunctive drug to phenobarbital or primidone (trade name Mysoline) therapy. Studies have shown improvements ranging from between 44-83% in seizure control for epileptic dogs previously treated with phenobarbital alone.

Diazepam (Valium) is used for treatment of status epilepticus.

Other Therapies: Levetiracetam (KeppraÒ), Zonisamide (ZonegranÒ), felbamate (FelbatolÒ) and gabapentin (NeurotinÒ) are new anti-seizure medications that are being evaluated by some veterinarians. In general, all of these new drugs have a much shorter duration of action and may not be suitable for use in dogs. Therapy with these newer medications requires close supervision by your veterinarian.

If your dog is on medication, work with your veterinarian in observing your dog and testing his serum concentration to ensure he is receiving the appropriate amount of drug to achieve control and avoid side effects.

There are many reasons why medical treatments can fail. The biggest reason is lack of proper administration of the prescribed drug. The progression of an underlying disease (such as brain tumor) may resist treatment. Also, gastrointestinal disorders can affect drug absorption, and tranquilizers may stimulate seizures. Drug interactions can occur and adversely affect the level of anticonvulsant drug in the dog’s system. Lastly, it just might be that a particular drug may not work for that animal.

Alternative therapies include modalities such as acupuncture, herbs, diet changes, homeopathy and vitamins. Treatment success varies and is somewhat dependent on the practitioner’s expertise for seizure treatment. Alternative treatment can be used in conjunction with, or in lieu of, Western therapy. Treatment goals and expectations are similar in alternative medicine to conventional medicine.

Acupuncture is not usually considered a substitute for drug therapy, but is used in conjunction with it. Traditional acupuncture therapy for epileptic dogs involves the placement of needles in up to 10 areas of the body.

If your dog is experiencing either mild or severe seizures, there is help for both of you. Work with a veterinary professional with whom you feel a good rapport, and educate yourself on seizures and their treatment. Follow the vet’s instructions; never change medication or dosages without a consultation; be observant; monitor serum levels as recommended; and have patience and be willing to try another form of treatment if that seems indicated.

Epilepsy is a chronic disease that can be managed in most cases. New therapies are bringing more hope to epileptic dogs and their humans.

©2018 Veterinary Neurology of the Chesapeake